Moderators of bicultural self-efficacy and mental health among Asian Americans 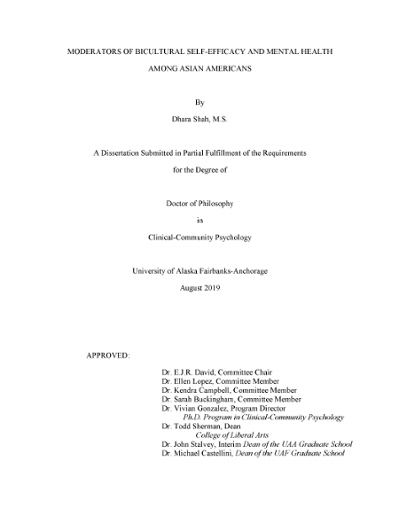