Radio wave propagation in the arctic 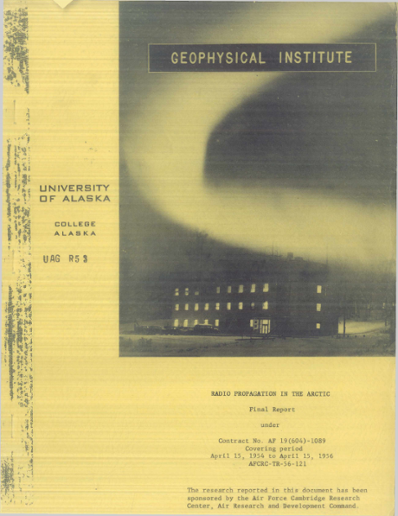 Geophysical Institute at the University of Alaska