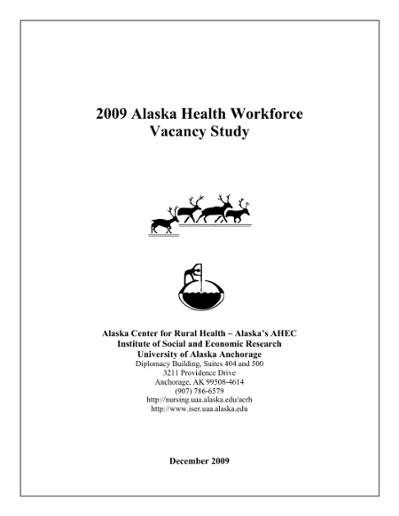 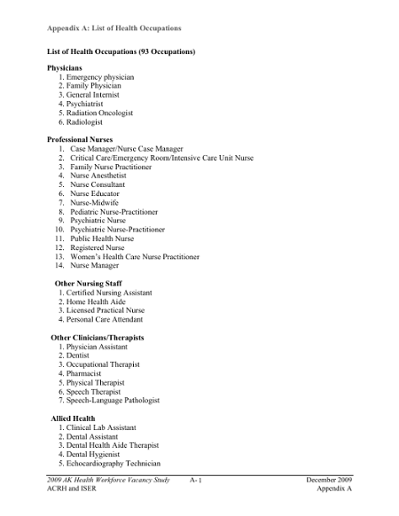 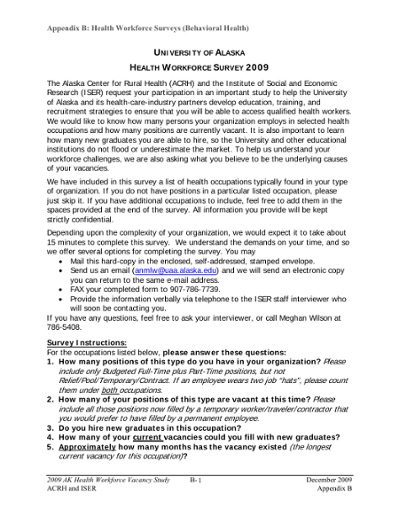 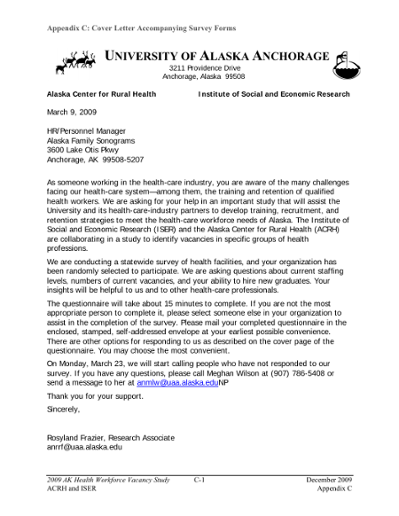 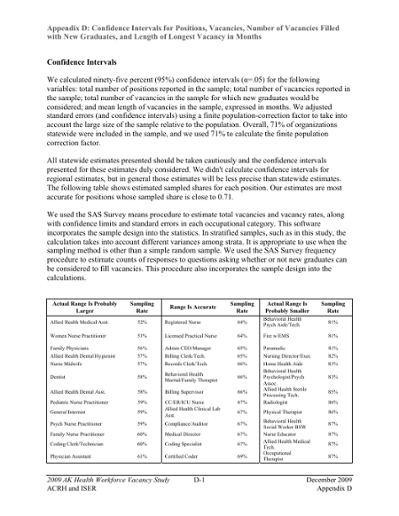 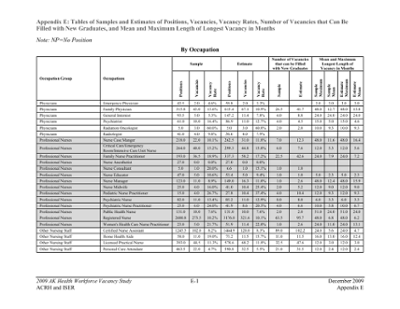 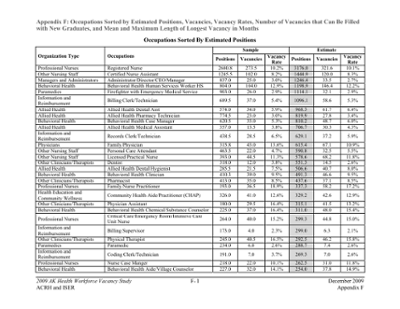 Alaska continues to experience health professional shortages. The state has long had a deficient “supply side” characterized by insufficient numbers of key health workers whose recruitment, retention, and training have been impeded by Alaska’s remoteness, harsh climate, rural isolation, low population density, and scarce training resources. Alaska is the only state without a pharmacy school and lacks its own dental and physical therapy schools as well. Health professional shortages can be decreased through the start of new training programs, the expansion of existing programs, and the improvement of the effectiveness of recruitment and retention efforts. However, strategic planning and the execution of such programs require valid and accurate data. To this end, stakeholders such as the Alaska Mental Health Trust Authority (AMHTA) and Alaskan's For Access to Health Care (ACCESS), along with schools and departments within the University of Alaska Anchorage (UAA), funded the Alaska Center for Rural Health-Alaska’s AHEC (ACRH) and the Institute of Social and Economic Research (ISER) to conduct a comprehensive health workforce study during winter and spring of 2009. This report highlights employers’ needs for employees to fill budgeted positions. This is different from a needs assessment that would take into account population demographics and disease incidence and prevalence. This health workforce study is an assessment of health manpower shortage based on budgeted staff positions and their vacancies in organizations throughout the state. Respondents included part-time positions, which resulted in our counting full-time equivalent (FTE) rather than individuals (“bodies”). In situations where a position was divided among more than one occupation (e.g., Dental Assistant and Billing Clerk), we asked the respondent to count the position under which they considered the position’s “primary occupation.” This was a point-in-time cross-sectional study. Recently filled vacancies or imminent vacancies were not counted. Positions filled by relief/temporary/locum/contract health workers were counted as vacancies only if these workers were temporarily filling a currently vacant, budgeted position. Due to budget and time constraints, we were not able to conduct a trend analysis that is a comparison of this study’s findings and the prior 2007 study. The key questions this study sought to answer were (1) How many budgeted positions, either full- or part-time, existed in organizations providing health services in Alaska? (2) How many of these budgeted positions were currently vacant? (3) What was the vacancy rate? (4) How many of the organizations that employ these occupations hired new graduates of training programs? (5) How many of the currently vacant budgeted positions (#2) could be filled by new graduates of training programs? (6) What were the mean and maximum length of time, expressed in months, that the vacancies have existed? (7) What were the principal, underlying causes of vacancies? The study was designed in consultation with an advisory group that included AMHTA, ACCESS, and UAA. The study targeted 93 health occupations. The unit of analysis was the employment site by organization type, which allowed for the allocation of positions and vacancies by geographic region. For each employer, we identified the staff person most knowledgeable about hiring and vacancies. In large organizations this meant that one employer might provide information about multiple sites and organization types; smaller employers were responsible for only a single site.