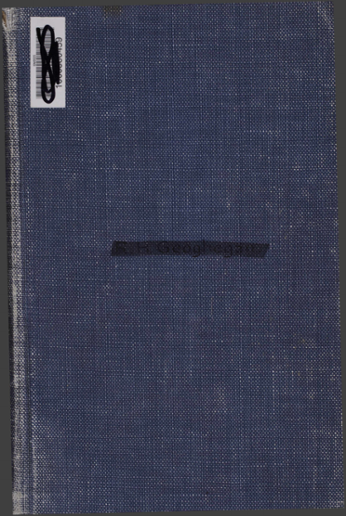 This volume is supposed to contain a complete list of the titles of all printed books of history, travels, voyages, newspapers, periodicals, and public documents, in English, Russian, German, French, Spanish, etc., relating to, descriptive of, or published in Russian-America, now called Alaska, from 1724 to and including 1924. With the exception of the Introduction it is a mere compilation of the titles of the books, etc., in which Russian-America, or Alaska, is described, or which were printed in Alaska, and are therefore in such intimate relation to the country as to be of value to the student who wishes to study the history of the Territory, or some of the various phases of the development of its material resources. When the compiler had the honor to be sent as Delegate to Congress from Alaska in 1908 he wished to secure for his official use such public documents as had been previously printed by the government, as an aid in his work. A list was prepared of such documents and sent to the Superintendent of Documents, with a request that the items therein be furnished for that use. They were forwarded, but with the information that there were many others. The interested student will notice that the list of United States Public Documents extends from number 6832 to 10,380, and contains 3,548 titles of public documents relating to Alaska. The compiler soon found there were many other books, foreign and domestic, of equal interest in the study of Alaskan problems, and innocently enough entered upon the making of a list of the titles of those which he thought might be needed in presenting to Congress and its committees a proper view of the great Territory, of its potential resources and governmental necessities. Gradually this list increased, as the search was conducted more widely, until the compilation now embraces more than 7,000 titles of general or private publications (not including public documents), in many languages, all relating to the region he represented in Congress. As the search thus begun grew wider in its scope, it grew more interesting in its materials, and the compiler and some of his assistants became chronic book collectors and students of Alaskan history and problems. While every reasonable effort has been made to secure every title of printed books or magazine articles relating to Alaska, and of every book or newspaper printed in the Territory, it is too much to expect that the compilation does contain every such title. So many books and articles in scientific and other periodical publications are so misleading in their titles that it has been found that these are not a fair index to their contents. From time to time new material relating to Alaska is being discovered which lies hidden from the bibliographer who does not read almost every book printed. The best we can say is that we have made a wide search for Alaskan books and have listed every title we could find. A great deal of very valuable matter about the Territory is contained in speeches made in Congress when Alaskan problems are considered by that body, but no attempt has been made to index this scattered material. It will be readily found by the student who will examine the general indexes to the Congressional Record. No attempt has been made, either, to. list the laws passed by Congress for the government of Alaska, except as they have been published in the Charlton Code, 7850, the Carter's Code, 4451, or the Compiled Laws of 1913, 9737, but the indexes to the various volumes of the United States Statutes at large will readily disclose their existence, location and contents, and those engaged in any particular research concerning Congressional matters are referred to those public indexes. Nor has any attempt been made to collect or index maps, private or public, of the Territory or its waters. These maps are usually published in the books or public documents, and will be found therein. Maps of the coast surveys and other public charts may be had, and information about them obtained, by application to the Department from which they are issued. The student is also advised that the Superintendent of Documents, Washington, D. C., publishes a Document Catalogue, of which fourteen volumes are now printed, in which a full and careful list is published of all documents issued by the Government. A careful examination of this Document Catalogue will disclose all the titles of books and general data published by the United States about Alaska. These titles are included in this volume to date, but reference to such Document Catalogues may be had for all others published hereafter.

Miscellaneous Publications of the Alaska Agricultural College and School of Mines, Vol. 1